So, here I am again.

After taking a well deserved break from my academic and professional interests I have returned with alot of information. 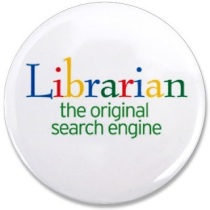 This is because I have decided to enrol myself into 3 MOOC’s, 2 of which begin next week. So excited. I have begun reading up on the first MOOC called “The Hyperlinked Library”.

This new forward looking vision of libraries has stirred  something in me that I can’t really explain. So here I will try, firstly it sums up everything I have learned during my MLIS and from this I developed my own opinions and ideas of what I feel libraries can do, with my main focus on Public libraries within Ireland.

Michael Stephen’s (the main man) has grounded his vision in David Weinberger’s “The Hyperlinked Organisation” which details in general how the internet has changed the face of society through communication, business, networks etc.

Stephen’s (2013) has taken how the internet changed the face of society, here he looked at these changes through the lens of libraries to see how librarians can adapt and use these ideas to evolve. To begin the process in adapting the traditional face of libraries into a modern network of learning and creating he created “The Hyperlinked Library”.

As part of the MOOC Michael produced a introductory module with his fellow colleague Michael Casey and if this is the starting point for the MOOC I am thrilled!!!

Here they speak of Participatory Leadership within libraries, how to engage a library & community into various elements of how the library is maintained, this can be done at a minimum level or full scale, however what Stephen’s & Casey (2013) are hoping to promote is how new tools that have been created by the internet can allow libraries and communities to come together and create a forum that will be creative, knowledgeable and progressive.

This idea really excites me as it has been a topic that I have been privy to when developing my thesis for the MLIS and the many thoughts that were provided by public librarians around Ireland have been slightly worrying to me. In addition just recently I listened to a documentary on a national radio station and was very disheartened when I heard one librarian say that because of the advancement in technology that libraries will not be in existence in 20 years to come!

So here is where I start talking and I hope everyone else will engage in this conversation, it is only us LIBRARIANS that can keep libraries open and progressive and in order to do this ALL LIBRARIANS need to be on the same page even if they cannot see the light or the hope at least participate in some forward thinking!

Just a girl trying to find a place in this world.

This is a blog about library and information theory and practice, with special interest in both public and academic librarianship...

some scars can’t be seen

A Girls Guide For Living With Social Anxiety

Just a guy having a rant

Making creativity a way of life.

Figuring out adulthood one day at a time

tasting the nectar of life

A collection of insane stories of day to day routines of a divorced mom of 3 in the south.

The way with words.

"Every time you are able to find some humor in a difficult situation, you win." — Anonymous

The Essence Of Love Lives Here

This blog is not only about my journey with MS but also serves to inspire, relate to, and provide perspective to those who read and share these words and feelings of living.